Well, I've got a better idea. 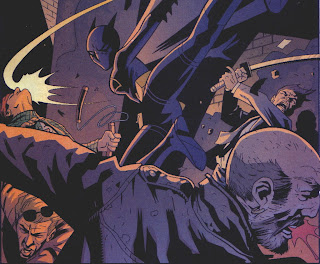 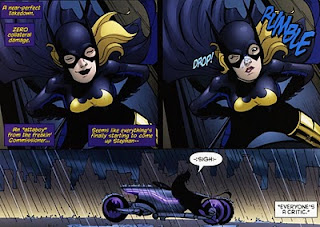 Yeah, that's right.  TWO Batgirls.  I've said it before and I'll say it again.  Cassandra Cain plus Stephanie Brown would be fun.  They've each got different personalities (unlike Bruce Wayne and Dick Grayson, with the latter just being a muted copy of the former), different fighting styles, they're both great characters for different reasons, and they're fun to read.  And, as a bonus, they're already friends: 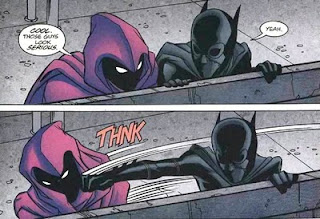 Now who wouldn't want to see that?
Posted by LissBirds at 1:57 PM

That would be cool. In fact, any angle that has Cass back on active service (and not evil) would be good.

Coincidentally, I remember when Steph was Robin I wanted Tim to come back out of retirement but have him become the new Spoiler.

Honestly was going to make the exact same post on my blog today! You beat me to it hahaha great minds think alike

Tim as Spoiler...that would've been interesting. I guess he's going to stay Red Robin for now? (Or be a third Batman...?)

antidio, yes, great minds think alike! Don't let my little blog stop you from what you were originally going to say on your blog! I'd feel bad! I gotta say, it took me a while to warm up to Stephanie (since I liked Cassandra so much), but she's grown on me a lot. I think they'd make a great team. :)

YEAH! Exactly!!
I "answered" to your post in my blog here:

For Tim, I'm smelling...third Batman... or Robin to Bruce's Bats!

*pmsl at the thought of Tim as Spoiler*

Morrisson did said Bats would "franchise" his identity...
I would rather have 2 duos of Batman & Robin (Bruce & Tim + D & D)
but I fear that 3rd Batman announcement...