Martian Manhunter: American Secrets is probably my favorite graphic novel* ever.  (*It's not really a graphic novel, it's a three-volume prestige-format comic.  But it's close enough.)

You'll probably recognize this image.  (Just look up.)  The pacing of American Secrets is one of its (many) strong points, and this splash page is not a throwaway.  Right after the previous two pages consisting of tense sixteen panels, the scene climaxes with this dizzying, breathless, wordless page: 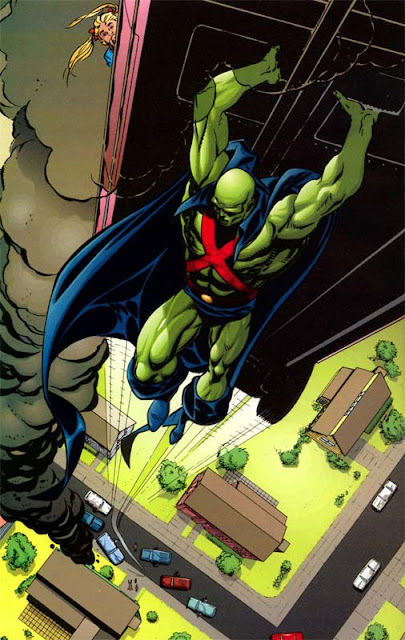 Awesome art by Eduardo Barreto
I'm not doing enough justice to this comic in my descriptions, but trust me that if you are a fan of the Martian Manhunter, you need to read this book.  Like now.

Be assured, it'll show up more than once in my countdown.
Posted by LissBirds at 11:50 PM