Dragon*Con was last weekend.  And look who showed up! 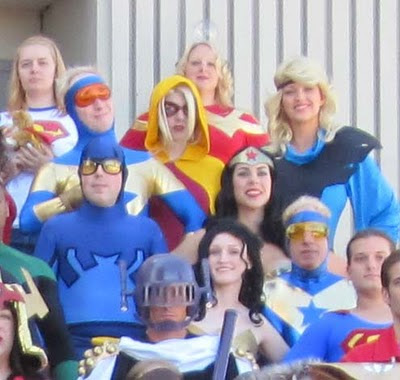 It's Blue Beetle with not one, but two Booster Golds!  One must be back from the future doing some super secret reconnaissance that he can't tell Ted about. 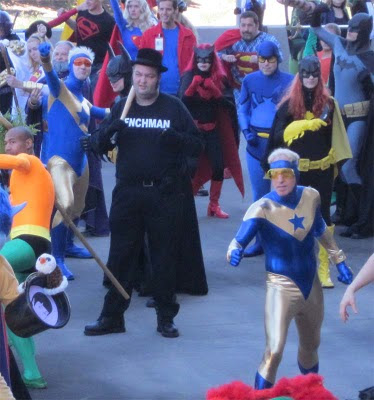 Ted gave up on Booster and decided to hide behind Babs and Kate Cane.  Are Blue and Gold having one of their little lover's quarrels again?  Well, it didn't stop them from fighting crime together. 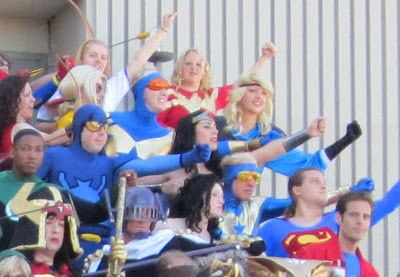 And who's that on the right?  Black Canary, straight from the JLI!  Luckily, Guy Gardner was wayyy on the other side of the group.
It's a shame B'wana Beast had to show up and knee Booster in his shiny leg, though.  I wonder what he said to him to prompt that sort of reaction.  Ouch! 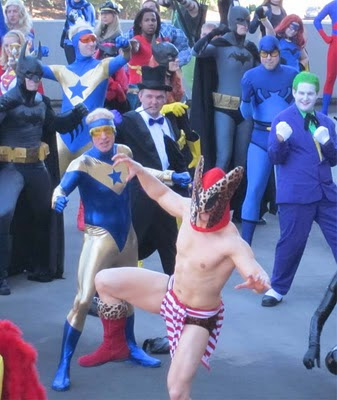 But the best part about Dragon*Con?  Krypto showed up! 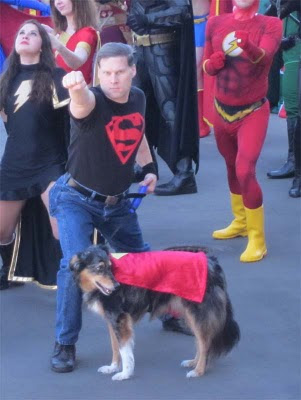 Much thanks goes to Frank, who suggested the idea to me, and to the Irredeemable Shag, who was the one who attended Dragon*Con and took these great photos!  Don't forget to stop by Shag's blogs, ONCE UPON A GEEK, and FIRESTORM FAN!
And make sure to stop by Frank's blog, The Idol-Head of Diabolu, to check out the awesome Martian Manhunter cosplayer!
It was all fun and games until...oh noes!  Krypto got attacked by some horrible Kryptonite-bearing fleas!  Where's Luthor?!  This must be his doing! 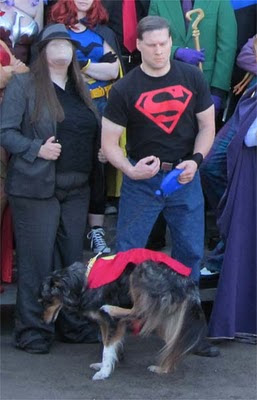 Posted by LissBirds at 8:27 PM

Awesome shots! XD
Looks like everyone had a blast!

That B'wana Beast sure is a courageous guy!

Thanks for the shout-out! It was great seeing all those JLI characters!

And that B'wana Beast guy was seriously ripped.

I have to say...this looks as though it was an enormous amount of fun.

You're welcome, Shag! Thanks for letting me post the pictures. It almost makes me want to go to a con someday. Maybe. :)

That B'Wana Beast guy looked like he was having wayyyy too much fun. I give him credit for that!