Well, it's high time one of my all-time favorite comic book characters made it to this blog.

Here's Two-Face, in a moment of epic win (or fail?) that I found rather amusing.

And a few panels later... 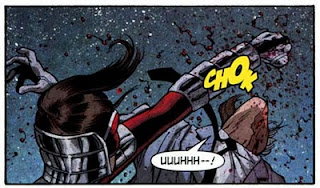 Now I'm not the biggest fan of (not-Martian) Manhunter, but I have been enjoying Kate Spencer's run in Streets of Gotham, even if she does beat up Harvey Dent.

Gotta give him credit for playing both the sympathy card and offering her a job: 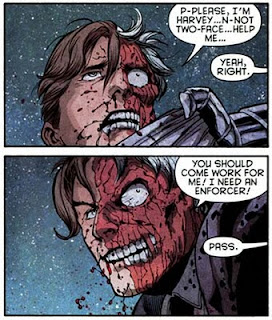