So Brightest Day is almost over...

Here's the description of the final issue:


A long shadow is cast across the world in a a finale that will have everyone talking! Twelve heroes and villains were resurrected, but that doesn't mean it will remain that way as the new champion of Earth is chosen! 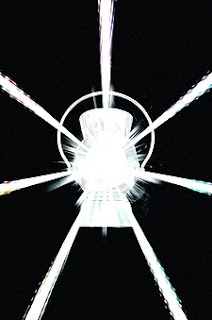 Hmm.  So who is this New Champion of Earth going to be?  The obvious choice seems Deadman.  It would make sense to kill him off and make him be...well, Deadman again.  But then I thought: that's just way too obvious.

I don't think it's going to be any of the villains, so I'm ruling them out.  Fans seem to have taken to Aquaman too much for him to be in any role other than King of the Seas, plus he's got that new Aqualad to contend with.  There's a lot of story material there to cover a solo series.

Jade kind of went missing--I lost track of her, so I don't think she's high-profile enough in the writers' eyes.  The Hawks are a couple, so I don't think they'll be split up.  That leaves ones of the Firestorms and Martian Manhunter.  Hmm.  It's quite possible that either Ronnie or Jason might be sacrificed to become Earth's protector.  Then I started thinking about that one issue where J'onn sees an alternate future and he's a Green Lantern.  Add to that the fact that Martian Manhunter is low-profile enough that changing his role in the DCU won't ruffle too many fan feathers and he hasn't had anything significant done with his character since the Morrison JLA days in the 90's.  He could easily be transitioned into a new role.

What do you all think?
Posted by LissBirds at 9:49 PM

I know you'd love that to happen ;)
....mmmh.. thinking about it...it would be quite "original" to make the last Green Martian the White Lantern!

This is just a rabid hunch rolling round in my head but I can't help feeling the voice is the Wizard Shazam or it's all part of the rebirth of the Marvel Family...

ooh rebirth of the marvel family....I'm sure DC have hinted at that.. and we did have that captain marvel one shot a while back.

otherwise, I'd like J'onn to be the saviour. he accepted hsi fate very clamly in this week's issue, and he's always been a leader for earth's heroes, so that would make sense.

Perhaps a gestalt avatar of all the "dead" heroes?